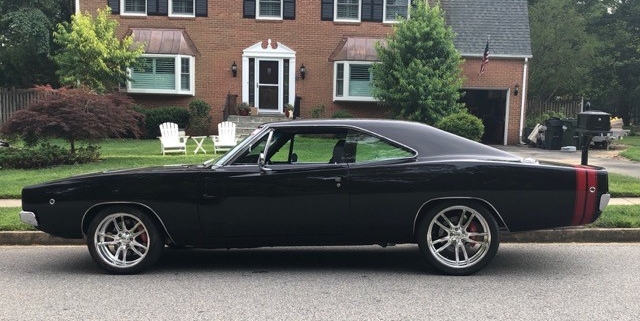 For his Charger, Russ purchased our 20-Circuit Kit with inMOTION and inLINK. This 20-Circuit is powering all of the primary electrical functions in the car including his ignition, starter, fuel pump, cooling fan, horn and all lights. He’s using inMOTION to control his power windows and power door lock. inLINK lets him enable and disable security, unlock his doors and control his lights remotely.

For his 1968 Charger install, Russ started by mounting his MASTERCELL. He was looking for the right location in this car. He wanted a place that was close to his switches to keep the input wires short. He also wanted a place that would let him easily run the CAN cable through the car. He found that the center console was the best location. He built a false bottom under the arm rest to hide the MASTERCELL. He can easily access it for troubleshooting and diagnostics. The CAN cable runs from the rear of the car right through the center console so it made that part of the wiring very easy. The input wires for the MASTERCELL run forward to the switches on the dash. He has a simple hole with a grommet to run the switch wires out of the arm rest. This picture shows his MASTERCELL mounted in the center console of this 1968 Charger. 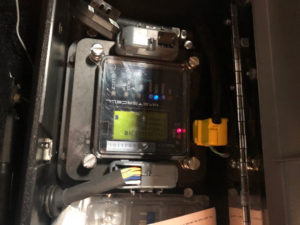 Russ chose to mount his front POWERCELL under the hood on the driver’s side fender near where the battery would normally be mounted. Our POWERCELLs are designed to survive the harsh under-hood environment in cars. They can withstand all of the temperature extremes, chemicals and vibration that can be found in the engine compartment. He fabricated a simple aluminum plate and mounted it to the fender with riv-nuts. The POWERCELL is mounted to this plate using nylock nuts so they will not vibrate loose. This picture shows the front POWERCELL mounted under the hood. 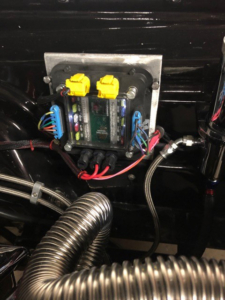 Russ mounted his rear POWERCELL and inMOTION cell in the trunk. This picture shows the finished trunk. You can see how clean it is. 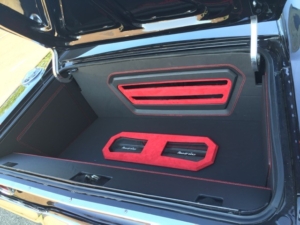 Finished trunk of 1968 Charger wired with the Infinitybox system

Russ built an aluminum stand to mount his rear POWERCELL. He wanted to tip it at an angle so he could easily see the fuses and indicator lights on the POWERCELL when he removed the access panel in the trunk. The aluminum stand is mounted directly to the trunk floor using riv-nuts and he used nylock nuts again to bolt the POWERCELL to the stand. He also used this aluminum stand as a place to mount his Battery Tender so he can easily keep his battery topped off. This picture shows the POWERCELL mounted behind the removable panel. 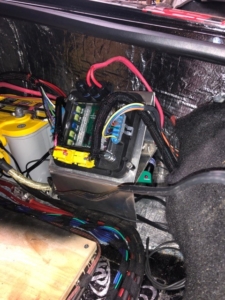 This is a great location for the rear POWERCELL because he has easy access to it for troubleshooting or in case he needs to replace a fuse. It also keeps his runs of wire in the back of the car very short. 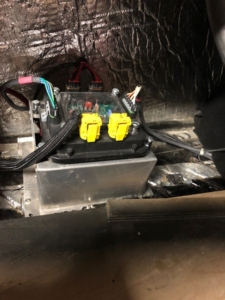 The finished product is clean, efficient and more powerful any any other wiring harness on the market. We thank Russ for sending these pictures and letting us share them. We know that he is proud of this car and we’re proud to be a part of it.

1968 Charger with the rest of its MOPAR Brothers

Please click on this link to contact our technical support team to learn more about how you can wire your car or truck with our Infinitybox system. 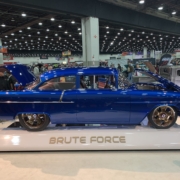 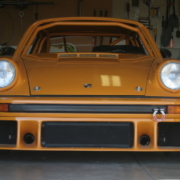 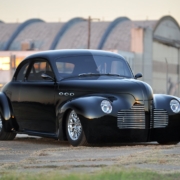 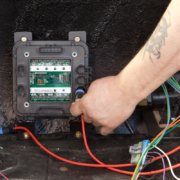 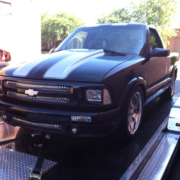 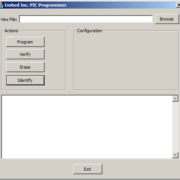 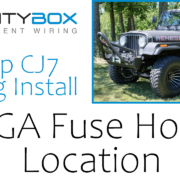 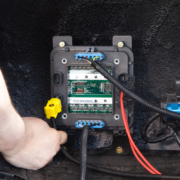