You are here: Home1 / features 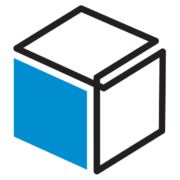 We got an email from a customer who is wiring their Factory Five 1933 Hot Rod with our Infinitybox 20-Circuit system and inMOTION.  He had two question that were very easy for us to answer.  After answering them, we realized that they highlighted two of the most important advantages of the Infinitybox system and we thought that they were worth blogging about.

First, he wanted to use a large air-horn to replace the squeaky anemic one that he originally had in the car.  The new horn came with a harness that included a relay and fuse holder.  His first question was whether or not he could wire the POWERCELL output to the horn directly and eliminate the harness that came with the horn kit.  The answer is yes.  The POWERCELL incorporates the relay and fusing functions all in one box.  As we’ve blogged about before, we don’t use electromechanical relays, we use solid-state devices called MOSFETs.  Each of our POWERCELL outputs are designed to carry up to 25-amps continuously.  Since the harness that came with the horn had a 20-amp fuse in it, he could easily power the horn directly from the POWERCELL.  This eliminated all of the extra parts that came with the horn.  The same would be true for fuel-pump harnesses, cooling fans and many other electrical add-on accessories.  The POWERCELL eliminates the need for external relays and fuse holders.

The second question was related to adding a new electrical accessory to his car.  He has most of the car completely wired with our Infinitybox 20-circuit harness.  He has all of the CAN cables run, the POWERCELL power feeds are connected to the battery, the MASTERCELL inputs are wired to the switches and he has the POWERCELL outputs connected to his loads.  He has everything loomed up and it looks really good.

He jus realized that he wanted to add a linear actuator to drive his emergency brake.  His question was whether or not he could use an open pair of outputs from inMOTION to drive this actuator forward and back.  The answer is yes and look at what it saved him.

We hope that these two simple examples highlight some of the benefits of our Infinitybox system and show how our system stands out against traditional wiring harnesses.

If you want to learn more about how the Infinitybox system can help you wire your car, give us a call at (847) 232-1991 or email us at sales@infinitybox.com.  Click this link to contact our team directly.