You are here: Home1 / inVIRONMENT 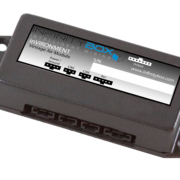 This blog post will cover the steps to update the software on our inVIRONMENT Vintage Air Gen-IV Interface Controller.

Before you get too far, 99.99% of our customers will never need to update inVIRONMENT in the field.  This blog post is intended to have this documented for the 0.01% of them that will.  The only reason why you’d need to update inVIRONMENT would be if you are converting a legacy system to a newer version.  In the overwhelming majority of cases, you can stop reading here.  You need to do nothing with the code on your inVIRONMENT unless explicitly directed by one of our technical support engineers.

You also would not be updating inVIRONMENT without updating the MASTERCELL and other cells in your system.  This blog post is going to assume that you have already installed the software to run the inCODE programmer and you have followed the steps to set that up.

Here are the steps.

If you have any questions about this process, please click on this link to contact our technical support team.